Synopsis: San and Ayo start out as bodyguards for hire; however, after an incident with a client, they are dragged kicking and screaming across the Southeast Asian continent into a ring of Bounty Hunters to clear their names as terrorist and in pursuit of a bounty for One Million Dollars.

Musings: So what do I have good to say about this movie? Great action scenes. Wait…is that it? Pretty much as far as I am concern. Well, the movie producers were successful in dragging me in to watch this movie simply because of Lee Min Ho. Mission accomplished. Sure, I like Lee Min Ho and I’ve said on many occasions that he needs to do more action dramas/movies. Thanks for following my suggestion (like he listens to me ever). But, that is all I will have good to say about this movie. No, two things. I didn’t fall asleep as I am notorious of doing when I think a movie to be semi-uninteresting as this was at times.

Big fans of Lee Min Ho will enjoy this way more than I did. Yes, Lee Min Ho once again brought the action bunny to the screen that I so missed! In Bounty Hunters, he was more into the physical action than the use of weaponry; again I approve. It is the lack of story development or continuity that ruins the day for me.

The story line really lost me after the first 30 minutes. San and Ayo start out as bodyguards for hire. We see them fail miserably on one of their first big gigs, thanks to San; however, they get a bigger chance when they are hired to protect some English guy at a hotel. Well, things go wrong when their client not only gets kidnapped but then they are accused of a terrorist act of blowing up a hotel. Wait…what? So, 3 people walk in empty handed into a hotel room and then when they leave and the room blows up, they did it? Great police work!

So, it is during the pursuit of their client that they meet up with bounty hunters, Cat, Bao Bao, and Swan. Cat is constantly zapping people with her mega stun gun, Bao Bao is the muscle man, and Swan is the computer genius of the group. Now, you might be asking yourself why are the bounty hunters chasing after their client? I don’t know. Maybe my vision was fading in/out so I missed that little tidbit of information; that might be the case as I tend to fade in/out of consciousness when I’m bored watching a movie but who cares! Things get blown up! Our boys get zapped! Let’s just go with the story, I guess.

The leading antagonist, Tommy, of weirdly orange hair was just a nutty character. Normally in these type of films we get a megalomaniac with grandiose designs of ruling the world; with Tommy we got a rich brat with daddy issues. His hair was a big distraction for me; actually more than the acting was.

The saving grace for this movie was the fact that this was my first exposure to Wallace Chung. I’ve been saying and saying how I want to watch something of his; whether movie or drama and I just haven’t made an effort. But I must say that I’m more intrigued with the man and will definitely find one of his best to add to my extremely lengthy PTW (plan to watch) list.

This is definitely a movie that you have to suspend disbelief when watching. So many things happen that are just incredulous, just forget about the logic; seriously. Enjoy the great scenery and aerial views of some of the best cities in Southeast Asia. However, if you are looking for a good story, I’d suggest sticking with the movies The Thieves or even The Spy; much more satisfying story lines! Did I forget to mention Tiffany Tang? That was intentional, folks! 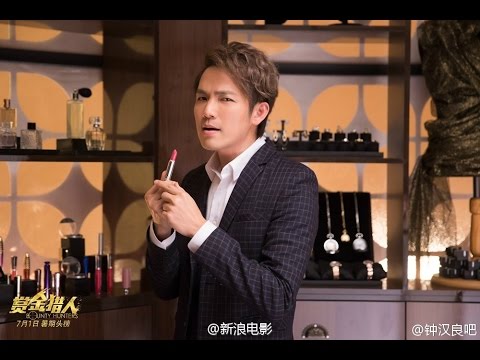