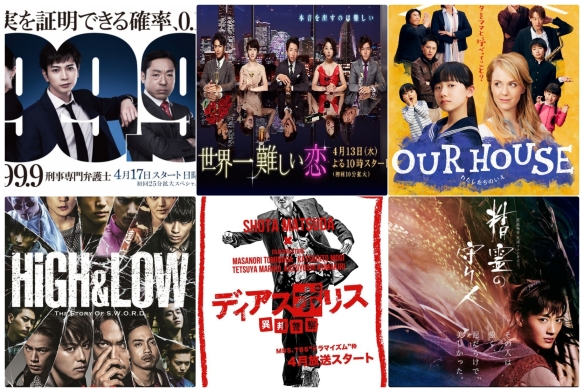 As I sit here watching a movie that is making me jump left and right, I will try to write my Spring 2016 thoughts for the Japanese Spring season for 2016. This is one of those rare seasons where I truly watched one drama from each of the genres that I like. The thing I like about Japanese dramas is that they are short and sweet! There is no dragging of plot lines and non-sensical stories that normally have me complaining profusely.

The Spring represented some of my favorites coming back to the scene: Jun, Shota, Charlotte, and even Haruka! Another thing that the Spring brought to me was the boys! All the lovely idols boys! Before this spring, I only knew EXILE but now I know J Soul Brothers, DOBERMAN INFINITY, and Kozmic Blue. Here we go! Synopsis
Balsa (Haruka Ayase) is a 30-year-old female bodyguard-for-hire. Her life changes when she saves Imperial Prince Chagumu who is being carried away by a raging river. They then attempt to return the great egg of the water spirit, which is in Prince Chagumu’s possession to its source in the sea. Along the way, they are hunted by hired assassins

My Thoughts
It is going to be tough waiting for the next two installments of this really great drama! This season was only a teaser with 4 episodes! The second season will air in January 2017 with 9 episodes and the 3rd season will air on January 2018 and will have 9 episodes!! I was amazed how much I was drawn into this really short drama! As a result, I’ve started the anime in the hopes that I will be done by January! Haruka did an excellent job as Balsa. I already see that as I watch the live action and compare it to the anime! The work and time she spent on sword work and some serious fighting skills were impressive to me! Kai as the prince was just great! I look forward to seeing his role expand in the next 2 seasons. Now, Tatsuya as the Emperor couldn’t get any weirder! I really look forward to 2017!
Rating: 9/10 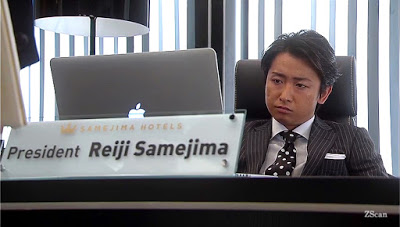 Synopsis
In the drama, Ohno will play a young CEO named “Samejima Reiji” who is the heir of a long-established Japanese-style inn and is now making inroads in the hotel industry. He is excellent at his job as he has a great talent for satisfying his customers, and he seems perfect at a glance. However, he never succeeds in love because of his arrogant personality. The drama depicts his struggles with his first love.

My Thoughts
This drama was a hoot! I enjoyed it immensely! Ohno and Haru together were just so precious! I loved Ohno as Reiji-san; a fish out of water, never been in love self! There were so many great scenes in this drama as Reiji-san tried to date and fall in love for the very first time! Starting with their first date of watching his fish hatch, the trip to the aquarium, the non-passionate overnight stays that resulted in one of the funniest setups you’d ever see a man to do kiss a girl. How funny?

This was definitely the best comedy I’ve watched this year so far! Ohno and Haru are going to be hard to top, folks! If you watch nothing else this season, you MUST watch this!!
Rating: 9/10

Synopsis
Sakurako Ban (Mana Ashida) is a 12-years-old girl and the second child among 4 siblings. Since her mother passed away 6 months ago, she has taken care of house chores alone. Her father, Sota meets American woman Alice Shepherd (Charlotte Kate Fox) in the United States. Alice Shepherd aspires to become a photographer, but currently works part-time. Sota and Alice Shepherd decide to marry on on the spot. Sota takes Alice to Japan and introduces her to his children as their new mother. Sakurako Ban becomes angry and tries to kick her new mother out.

My Thoughts
Our Sakura! You are going to love to hate her as she takes poor, unsuspecting Alice through the ringer! As I expected, Charlotte delivered once again that even the Japanese will be proud of her performance. I enjoyed this drama immensely as we got to see the evolution of a relationship; not between man and woman but a family and a woman who comes from the U.S., totally unaware that her newly husband not only forgot to tell her that he had children but also that his wife had only been deceased less than 6 months! As you can expect, the resentment that Alice faced from the children (especially our Sakura) and other family members was tremendous! But we got to see her win the battle of the heart, one child at a time and it was fun to watch!

My only complaint was the last minute story line of a mother doppleganger in the form of the younger sister. For us, the viewer to go through 7 episodes to be presented this twist in the story was kind of unfair! I was happy to see on MDL (MyDramaList website) that so many of the viewers were just as upset as I was. Make no mistake, this is a family drama but with a bit of comedy and seriousness; love and affection, this was another success in Charlotte Kate Fox’s “Win” column! You can expect to see her more in the future!
Rating: 8.5 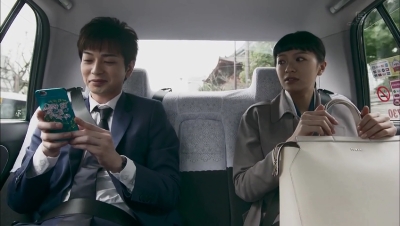 Synopsis
Hiroto Miyama is a poor lawyer who takes on criminal cases, but unable to make money. He pursues the truth for the 0.1% out of Japan’s 99.9% conviction rate. One day, Hiroto is scouted by Haruhiko Madarame. Haruhiko Madarame is the head of Madarame Law Firm which is one of the biggest law firms among the 4 big law firms. Hiroto Miyama begins to work with Atsuhiro Sada. Atsuhiro Sada is a lawyer specializing in civil cases and makes lots of money for the law firm. He doesn’t have any interest in criminal cases which can not make money. 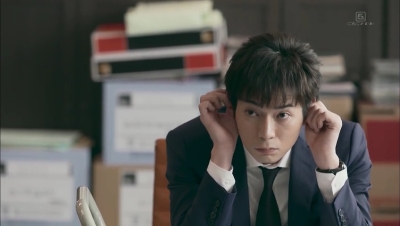 My Thoughts
This drama featured some very interesting and sometimes dark cases. I found the premise that the Japanese prosecutor’s office are successful in prosecuting 99.9% of their cases as guilty both amazing and scary at the same time. Unfortunately, this drama didn’t leave that success rate to accurate and legal (thin line) methods. The drama, at times, wasn’t shy about showing you just how some of the cases are won. It was nice to see Matsumoto Jun on the screen again. It has been awhile since I’ve actually watched one of his dramas. Veteran actors Kagawa Teruyuki and Kishibe Ittoku were great on the screen. They added that extra that was needed to the drama; both comical and serious. As the criminal/law genre is one of my favorites; this drama delivered for both.
Rating: 8/10

Synopsis
In the second season, the mysterious team “MIGHTY WARRIORS”, that made its appearance in the last episode of the first season, finally starts to move, dragging all the teams of SWORD in chaos. Furthermore, episodes concerning the past will be revealed.

My Thoughts
One thing I learned watching this drama: There is A LOT of EXILE groups!! Besides that, the OST is a rocker’s DREAM! I loved the OST immensely! I made it my mission to find every single song that I heard. As you can expect with a story line about gangs, there is a lot of violence! If you are shy about it, you might want to stay away. I enjoyed this drama totally and am looking forward to the final chapter in the form of a movie this July 2016. If you watch, definitely go back to watch the first season as the background on the S.W.O.R.D and what that means is explained beginning in season one with the ending episode into this one shows us more of the antagonist group, the MIGHTY WARRIORS as well as the Yakuza like group wanting to take FULL control of S.W.O.R.D and their territory!
Rating: 8/10

Synopsis
About 150,000 illegal entrants live in Tokyo. They are not recognised as refugees and live in poor conditions. To protect themselves, the illegals create a secret organisation. The organisation has a bank which Japanese Financial Services Agency is not involved with, a hospital that is not authorized by Japanese Ministry of Health, Labour, and Welfare and an illegals police force called “Dias Police.” The only police officer in the organisation is Saki Kubozuka (Shota Matsuda). His age and nationality is unknown. Saki Kubozuka does not speak much, but he has a warm heart and strong sense of justice. He takes care of the weak and tries to maintain public order.

My Thoughts
Ahhh, Shota my love! How I missed you! One thing for sure, I’m really glad I watched this one. This was an extremely dark drama that really dove into the dark side of Japan and their treatment of immigrants: both legal and illegal. This drama is bloody, dark, and so reminiscent of watching the U.S. movie, Sin City. At times, the characters could be somewhat cartoonish but as this was based on a manga, this shouldn’t surprise you. The highlight of the drama besides Shota was the occasional appearance of Isamu (played by Marie Nakagawa). Her character was awesome as the assassin or protector of the immigrants. One thing for sure, you won’t forget her character!
Rating: 8/10

2 thoughts on “Japanese Drama Spring Season 2016 – What I Watched! Or What I Had Time To Watch!”