Plot
Young-Nam was a promising graduate of the police academy before she was transferred to the small seaside village, which was caused by her misconduct. On her first day to the village, she encounters with Do-Hee who is the girl living in the town, seeming to have somewhat gloomy looking face. 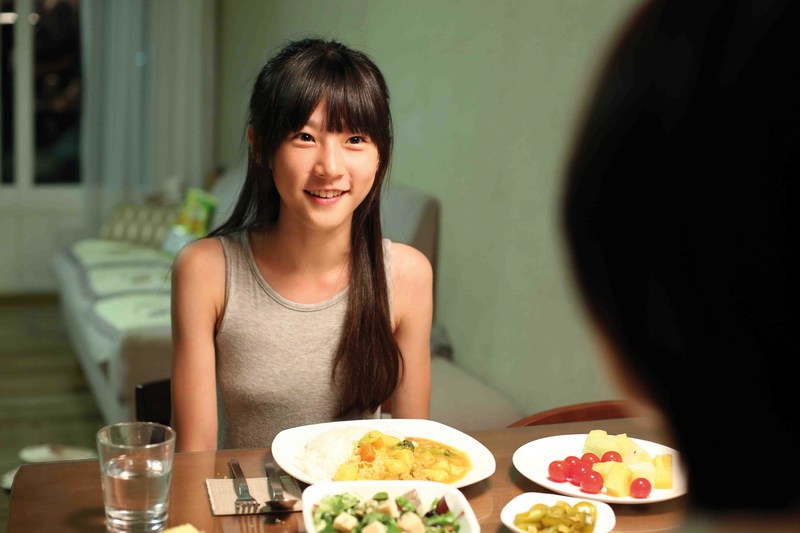 As Young-Nam tries to accommodate with her new surroundings, an accident of Do-Hee’s grandma getting killed by falling in the seashore cliff happens. As to protect the girl from her stepfather’s abuse, Young-Nam let Do-Hee stay at her place but things turn out to be more mysterious as she gets to know her.

My Thoughts
In reading some of the comments of people that have watched the movie, I was kind of surprised how they were surprised about the story line. Obviously I watch WAY TOO MANY dark movies. One plot hole mentioned was the fact that they took Doo-Hee’s word without testing her or rape kit. Well, this is how I saw it: as they are in a rural area, as they knew she was being abused anyway, I found that less of a plot hole and more of a statement of how the system denies children their rights. Not the first movie I’ve seen (whether fact or fiction) where children are totally second class citizens; hell women in general (see Azooma, The Crucible). The fact that bullying is condone and overlooked is just one more example.

From my opening paragraph, you can tell that this movie is definitely not something that most people can watch. The abuse alone against Do-Hee by her pseudo father, grandmother, kids at school whereby all is pretty much ignored for some of the most stupidest reasons. I also was surprised by the writer bringing to light the abuse of illegal immigrant workers. I immediately had to determine who the writer was. I just wasn’t convinced that a male writer would write about these subject matters so readily and I was right. I have to give big props to Jeong Joo-ri-shi to addressing not only this subject but also homosexuality; another subject matter not usually seen in South Korean movies.

I’ve seen Song Sae Byeok in a few supporting roles but I must say, as the sleazy, disgusting excuse for a human being that was Young Ha, Do-Hee’s step father, I was duly impressed. As the drunken father, he played the role so convincingly, I hated the man from the first slap/kick/punch! Bae Doo-Na as the Chief, Young-Nam, as usual, you could expect nothing less from her acting. She is Young-Nam from beginning to end. But last and not least, Kim Sae-ron as Doo-Hee. When I first saw her in Can You Hear My Heart, I saw her acting brilliance and knew she would go far. As she gets older, that brilliance just continues to shine brighter and brighter. I am SO looking forward to her in the upcoming drama, “Angry Mom”.

The combination of Bae Doo-Na and Kim Sae-ron together was perfect casting. Two brilliant and amazing actresses on the same screen! It couldn’t have been better than that! As I say, this is definitely not a movie for everyone. If you’ve seen movies like Azooma, The Crucible and live to tell about them, then you can watch and appreciate this also. For those of us who like dark and can stomach abuse, this was a very good movie!