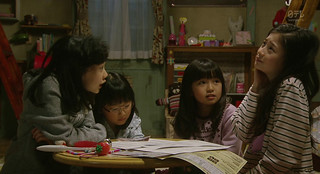 Synopsis
There are over 600 orphanages across the nation, housing approximately 30,000 children; Most of them had been abused by their parents. Maki, was placed into the orphanage “Kogamo no Ie“, after her mother, Ryoka, was arrested and jailed. 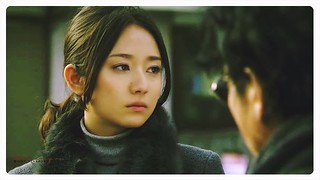 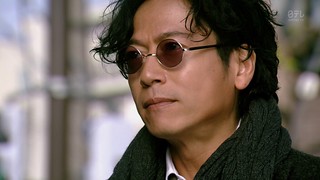 There she was handed over to the care of Kana, and also Sasaki, the eccentric caretaker of the home. Under Sasaki’s management, the home is a calm and safe haven from all the madness of the real world. At the home, Maki befriends 3 other little girls, who all go by their nicknames instead of their real names. Piami who plays the piano really well, Bombi who came from a very poor family, and Post, who is the leader of all the kids. Despite strict rules at the orphanage and the cold stares the children receive from people, they are able to live their lives bravely. 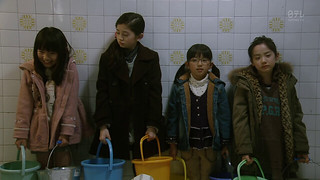 Review
I really don’t know where to start about this drama. What peeked my interest was a blog post on MDL about all of the controversy surrounding the story line. I’ve always been fascinated by adoption in Asian countries because it seems as if the stigma of being adopted seem pretty high with the focus on parentage and establishing your genealogy is quite big. But one thing I took away from watching this is that the Japanese perception seems to be way better in terms in promoting adoption as well as acceptance (to a point). I’ve watched too many Korean dramas whereby adopted children/adults are treating like second class citizens and it always amazes me. Which is why I really didn’t understand what the big deal was about the drama. 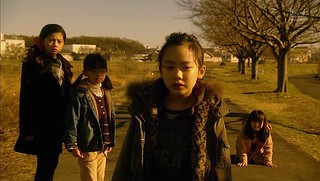 The drama focuses mainly on four little girls. Post is the dominating force of all of the children. She acts as mother, father, sister and friend to each and everyone. 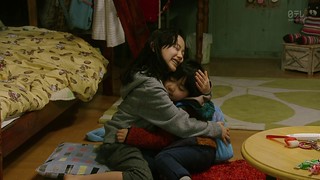 She really takes her duties very serious. What is really funny with her is when she goes out on what is called ‘trial foster visits’, it is like she is doing it, just because. She really has no interest in leaving the home as she has been there the longest; since birth. 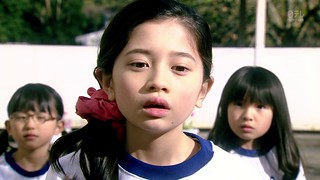 Piami is an extremely intelligent and gifted little girl. She was placed in the foster home after the death of her mother by her father who felt that he could no longer care for her. She is very shy especially when it comes to being around the object of her affection, the cute little rich boy who is crazy about Post. 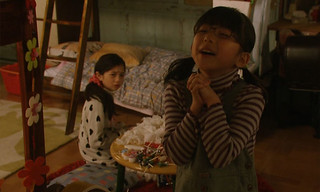 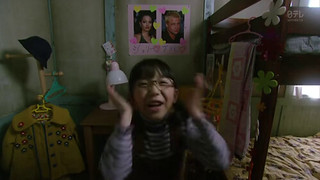 Bombi is such a cutie!! She has aspirations of one day being the next adopted child of Angelina Jolie and Brad Pitt (known throughout the drama as Joripi). Her nightly prayers are said at the little altar in front of the poster she made of their picture, hanging on the wall. She lost her parents one after the other but looks forward to being adopted by the “right” parents.

Last but not least is Maki. She is the last of the little girls to come to the foster home. Her mother, Ryota decides to give her up for her current boyfriend, basically telling Maki that she will get in the way. Maki is the only one who doesn’t care for Post lording over everyone. So you will see them bumping heads throughout the drama. Maki and Post are like oil and water; they don’t always mix well together but get along when necessary. 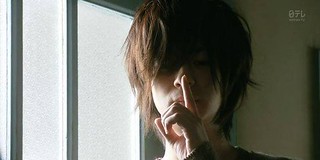 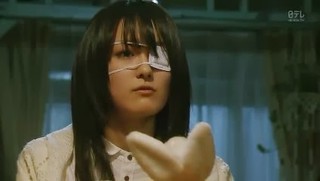 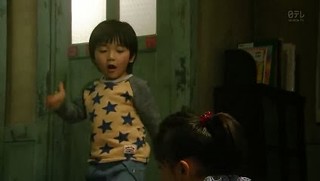 Rounding out the younger cast are Locker, an older resident who stayed on to help as the cook; Otsubone, a 17 year old girl who will soon be turning 18 and is desperate to get adopted so that she will get money to fix her eye; and lastly is little Pachi who is the baby of the house. At only 5 years old, his circumstances for ending up in the foster home is beyond sad as it was due to extreme neglect. Even Kana, the rough and tough social worker, was a foster resident as a child. So she understands what the children are going through and works hard to get them situated and adapted to their environment. 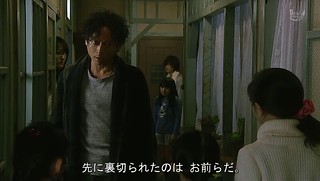 I loved how the drama explored every character in detail so that you, the viewer understood their circumstances as to why they ended up where they were. That especially included Sasaki, the crotchety middle-aged caretaker who you first see as super mean and nasty to the children; however, by the end of the drama, you come to understand; not condemn his nature. One thing this drama did well was not to gloss over the bad by focusing only on the good aspects of fostering. Maybe that is what the hoopla was about. This drama did touch all subject matters without being too rough. 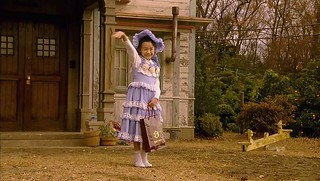 The scenes with the crazy mother who wanted a life size doll, while were funny at times, became very, very disturbing later. Again, the bad. But it also did well in focusing on why some people adopted: some for selfish reasons in the hopes of saving a marriage to the couple who felt that they had so much love to give and wanted to share it with a child.

Overall, I really did enjoy this drama from start to finish. I went in expecting a repeat of the Korean movie, Silenced but what I got was a great drama, with great acting and a wonderful, heartfelt story. I’ll give it a 8.5 rating (MDL scale); a great drama featuring great little actresses of the future! Fair warning: Have your tissue box handy! 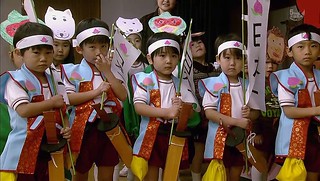