These are my picks for the top dramas that I’ve seen from 2012. Again, they are not arranged in no particular order as I love them all equally. This was almost impossible to list just 5 as this marks the year I started watching simulcast dramas instead of just ones that had already been shown. These five trickled to the top; some easily, some with difficulty! Compare it with your list for 2012: 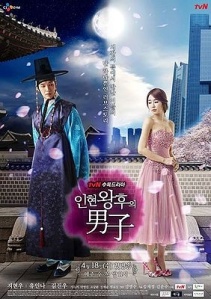 Stars Ji Hyun Woo and Yoo In Na. Kim Boong Do is a scholar who had supported the reinstatement of Queen In Hyun when Jang Hee Bin’s schemes resulted in her being deposed and replaced as King Sukjong’s queen consort. He travels 300 years into the future of modern Seoul and meets Choi Hee Jin, a no-name actress who is expecting a career renaissance through her role as Queen In Hyun in a TV drama.

No, its not Rooftop Prince, its nothing like it. Don’t be fooled by the basic story. The bar for romantic comedies has now been set sky high! The tears shed by both as Boong Do and Hee Jin will resonant with the viewer. One step in sync as the the song says, same sky same place. The ending is perfect for the story and the premise of time-travel. Sure, you have to suspend disbelief on why what happens, happens but then what are dramas for but to dismiss the believable!? Its a tale of love and a deep relationship! WOW! I may never look at another romantic comedy drama again the same! It will be hard to match or exceed this perfectly well crafted romance. If it turns out to be true that the actors developed felling after filming this, not hard to believe as their emotions as they played their roles was pitch perfect! BRAVO!!! ENCORE!! I wait for this writing team’s next project! This truly is a perfect production! 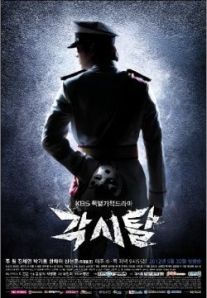 Stars Joo Won, Park Ki Woong, Han Chae Ah and Jin Se Yeon. Based on the hit manhwa series of the same name, Bridal Mask gives the viewer the experience of what 1930s Korea was like during the height of Japanese imperialism. Lee Kang To is an ambitious and callous Korean officer employed by the Japanese colonists and he continues to play by the colonist’s rules in hopes of becoming successful and bringing his family out of poverty. One day, Bridal Mask appears as a Zorro-like figure who protects the people from the Japanese colonists’ oppression and abuse of power. An unexpected turn events brings Kang To to cross paths with the mysterious Bridal Mask, changing his future and the nation’s history forever.

It’s rare to watch a drama and consider it monumental; However, for this drama, it isn’t a stretch. From the very first episode, this drama will draw you in and not let go. It is political without all the jargon; it is action packed; it has some romance which at times is decent. There are happy occasions as well as tragic ones. The cinematography and action sequences are off the hook. Everything that you are looking for in a drama can be found in Bridal Mask.

What makes this drama great is the acting. This drama would not have been as good had it not been for Joo Won and Park Ki Woong. Joo Won’s acting as Lee Kang To/Bridal Mask is amazing.  He is very talented in making you feel the pain of the character. Park KI Woong plays Shunji to perfection. I wasn’t a fan before but became captivated by this portrayal. The character is so intelligent. I have a love/hate connection with this character and that is a tribute to Ki Woong’s acting ability. The female lead character of Oh Mok Dan/Boon Yi is played by Jin Se Yun. I wasn’t really that impressed with her acting until the last two episodes. However, Han Chae Ah who plays RaRa is really, really good. All you had to do was look at her face to know what she was thinking even when she was trying to hide her emotions. I loved her character and her acting. The side characters were really good too. Special mention for Ahn Hyung Joon who plays RaRa’s bodyguard Katsuyama. He has skills. I hope to see him in more dramas in the future. 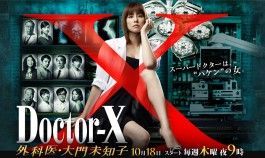 Stars Yonekura Ryoko. Daimon Michiko is a 37-year-old freelance surgeon who is part of a questionable “doctor placement service” that has her wander from hospital to hospital. The harsh environment at the hospitals led many doctors to retire from their positions, forcing hospitals to make use of said program to fill the empty spots at least temporary. However, Michiko doesn’t look like a doctor at all with her flashy clothes and eccentric attitude. She also holds a scrupulous compliance when it comes to her working hours, never does any unnecessary chores that don’t require a medical license, and couldn’t care less about the power struggles within the hospitals.

Oh my goodness! I just LOVED this! From beginning to end! Yonekura Ryoko now has a new fan and I want to see everything she has done. As Michiko, she was fierce and totally in control!! I loved how every procedure was explained with a diagram of the body and depicted whatever type of surgery that was being performed. I loved the rest of cast; some I’ve seen in other supporting roles. This is probably my 3rd Japanese medical drama but I have to say, this one was the most impressive!! Here’s hoping they do a season 2. BTW, my girl cannot dance but she looks DAMN good trying!! 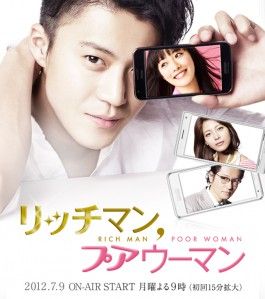 Stars Oguri Shun, Ishihara Satomi, and Arata. 29-year-old Toru Hyuga (Oguri Shun) is a wealthy man. He first started to run an internet website from his small room and his hobby began to make a lot of money. Nowadays, he doesn’t like to socialize and if somebody comes to him he suspects that they may want his money. Sawaki Chihiro (Ishihara Satomi) attends a job fair and by an unexpected occurrence begins to work for Toru Hyuga. Sawaki Chihiro soon realizes that Toru Hyuga isn’t so bad. There’s pureness in him and also a good deal of loneliness. She then begins to have feelings for him.

My first Shun experience and what an experience! The title will fool you because that really isn’t what the drama is about. To me, it is about a brilliant business man and his interaction with the people around him. Of course, the love story is part of it because Hyuga doesn’t know hoe to really love. I loved the entire cast and the story. And man, do I want Hyuga’s toys! 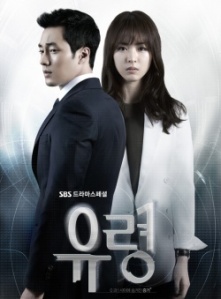 Stars So Ji Sub, Uhm Ki Joon, Choi Daniel, and Lee Yeon Hee. ‘Ghost’ tells the story of the cyber investigation squad fights against the cyber crimes. Kim Woo-Hyun (So Ji-Sub) is the only son of a high ranking police officer. Woo-Hyun entered the police academy ranked first and graduated from the academy ranked first. As a detective, he then joins the cyber investigation department. Woo-Hyun then works to reveal the secrets of those that hide within the cyber world.

I love crime and police dramas, it’s one of my favorite drama; however, I’m a super geek at heart and this was like WOW! From start to finish, I was constantly checking with my geeky friends asking them whether this was true or that was true. This had to be the first time watching something that scared me. Why? The fact that a lot of what they showed was real life. So Ji Sub did a great job in convincing us that he was two people. To watch him go from the serious Kim Woo Hyun to Park Gi Young (played briefly by Choi Daniel). Sorry, this is definitely not a romance.

Honorable Mentions
Both of these dramas are very popular with others and while I loved them, it is always hard to pick your top 5: